Everything You Ever Wanted to Know About the “House Edge” (But Were Afraid to Ask!)

We bet you’ve heard about that mysterious “house edge”’.

If you’re not quite sure what it is, then you must know that it’s definitely something bad: people often curse it, speak ill of it, and all-round talk about it as something terrible that can’t be avoided.

But what exactly is the house edge? And how do you fight it?

The house edge isn’t actually something to be afraid of! Instead it’s just a name given to the statistical advantage that a casino has over players with every game, over time.

The “House” is the casino, and the “edge” is the edge they have over the game. A better way of explaining it might be “the casino’s percentage of returns”, which makes it more understandable, and slightly less scary to think about!

Although the casino house edge is usually in-built into most casino games, both online and offline, there are still loads of things you can do to bring the house advantage down…even to as low as 0.58%, as in some cases of blackjack!

Sounds good? Here’s what you need to know about the casino house edge, and how to make it work in your favor for every type of major casino game!

The House Advantage: A Quick Introduction

The casino house edge massively varies according to the different games on offer. This is because casino games all have different moving parts, numbers and ways to win. For example: roulette has more numbers on a wheel than a blackjack game has in its deck of cards, and so roulette will have a higher house edge than blackjack would.

If you’re looking for the quickest way to know which games have the lowest casino house edge, then we’ll tell you: that would be blackjack (most variants have a house edge around 0.5-1%), and video poker (around 0.46%). The games with the highest casino house edge are Sic Bo (an eye-watering up to 33%!) and Keno (between 20-40%). Not that these higher house edge games aren’t fun to play — we just think it pays to know where you stand, when it comes to the house’s advantage each time!

Here’s a link-with breakdown about each game and its house edge, for your reading pleasure.

When it comes to the blackjack house edge, there are a few things you need to understand.

Because there are so many different blackjack variants, there’s no one blackjack house edge. Depending on which variant you play, there’ll be different numbers of decks, different rules and gameplay, all of which can influence the house edge one way or another!

Another thing about blackjack: although it’s a game of luck (in that you can’t choose which cards you or the dealer will get), it’s also a game of strategy, because you do get to choose whenever you take new cards, or stay with the cards you have. That also influences the house edge.

All of the above means blackjack can have a really different house edge, depending on which game you’re playing, how skilled you are in basic blackjack strategy and how many decks you have in-play. Usually, the game has an average house edge of around 0.5%…but if you have no idea what you’re doing, then the casino house edge can really increase!

Easy ways to bring down that house edge is to learn some basic blackjack strategy, to understand the rules of the game, and to choose games with more decks in play.

Just as with blackjack, the roulette house advantage really depends on the type of roulette game you’re playing.

For example, the three most popular types of roulette — European Roulette, American Roulette and French Roulette, have different house edges.

Some easy ways to try and bring down the house edge would be to avoid American Roulette (it’s a fun game to play, but that extra 00 does massively increase the casino house edge!), as well as learn some basic roulette betting strategy. Even though roulette is a game of complete luck you can decide how much you’d like to bet, which numbers and bets to make, and most importantly — know when to play it safe!

Online slots, as a purely luck-based game, is a tricky one to calculate the house edge. That’s because technically, no matter how ‘well’ you play you’re never going to be able to to change much.

Slots don’t have the highest of casino games’ Return To Player (RTP) percentage, but they’re still super fun to play! That and, even though slots can have up to 200 (or even more!) paylines, which surely makes players think they’re more likely to win, in actual fact the more paylines a slot has, the higher the casino house edge!

For example — if you have a 20-payline slot, which you play each line of, your chances of winning are pretty high. If you half that to 10 paylines, you’ve cut your own winning odds and increased the casino’s.

Some quick tips to reduce the house edge when playing slots are:

Video Poker is a strange casino game as there are so many variations of it. Online, at least, you’ll be playing against the computer, not a human dealer. Video Poker has a lot of different variants on offer, all with wildly different house edges.

Since poker is a game of strategy (and how!), it means that, the better your strategy and poker playing knowledge, the easier a time you’ll have hitting that house edge. Some of the best video poker variants to play are:

Some easy ways to reduce the house edge in all variants of video poker is to brush up on your poker strategy, and recognize the rules of different games and which hands pay out the most. Sticking to one or two of the above variants will also really help you to reduce the house advantage!

Although it’s not nearly as popular as other casino games, baccarat is actually a great game to play if you’re looking for a game with a lower house advantage.

Depending on the number of decks and who wins, you could be looking at a casino house edge of around just 1.01% at its lowest! Here’s how that breaks down:

….but this is all without the option of baccarat side bets: if you take a tie bet, pair bet or big/small bet, then the house edges change in line with the house edge and number of decks mentioned above.

Some easy ways to reduce the baccarat house edge is to —

Crap is a strange casino game when it comes to the house advantage on offer. It’s super fun to play (as any land-based casino’s thrilling and crowded craps table will tell you), but at the same time, has one of the widest ranges of house edges around.

The craps house edge goes from as little as 0% (yes, really)…to an eye-watering 13%! That and the payouts on offer also vary massively from 1:1 to 9:1.

The craps house edge depends on a few things. The number of rolls in a craps game, and multi-roll bets.

With multi-roll bets, although they have higher payouts than single rolls, these are actually the cause of those higher house edges! That and, even though the payouts seem attractive…you’re more likely to lose more to the house over time.

An easy way to relieve the house edge of craps is to stick to single-roll bets, and to take the Pass/Don’t Pass and Come/Don’t Come bets. These two bets alone will lower the casino house edge to 0%!

How Do You Calculate the Casino House Edge?

“But”, we hear you ask, “how do you know all that? How do you calculate the casino house edge?”

It’s a great question, and one we get a lot! So here’s how you can calculate the house edge for yourself:

We’ll start with an easy way to calculate a house edge. A $1 coin flip has two possible outcomes: you win or you lose. That’s 50:50 odds of you winning, with a $1 return if you win. The house’s edge is 0, because there’s no advantage to either house or player.

This is exactly how the casino’s house edge is calculated. The same principle applies to every casino game mentioned above.

The Bottom Line: Don’t Fear the House Edge (But Be Smart)

As you can see, the house edge isn’t something to be feared or ignored: much like anything in life, the more you know, the better you’ll be at working with something that might not be working in your favor.

Using your knowledge of the game with the best house edges, the way to lower those house edges and which games to avoid, we’re confident you can keep the casino house edge to a minimum on all of your casino gaming from now on! 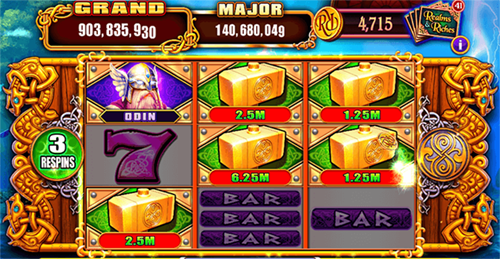